You are here: Home / Diamond Directors Tips / What you can learn from the pros 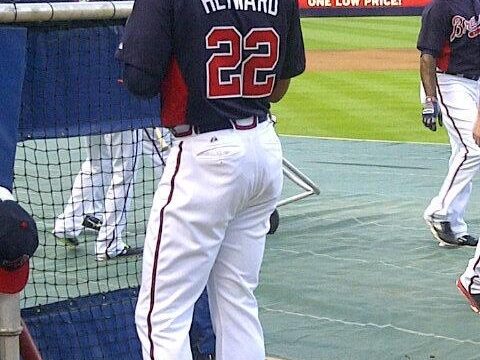 Believe it or not, but you can enhance your development by studying a Major League Baseball game. The key is to know what to look for.

Can you learn much about hitting if you replace the word “study” with “watch?”

Studying is the pursuit of knowledge, whereas watching can be merely for entertainment. So much time is spent trying to develop the perfect swing that we forget to develop the complimentary pieces that ensure we get a lot of hits.

If you’re going to take some time to watch the postseason games there are three things you must focus on.

No. 1 – What do pitchers throw and when do they throw it?
There is a reason pitchers throw varying pitch types, speeds and locations. Why do they throw change ups? When is the best time? Change ups generally are 10 mph slower than a fastball and should be thrown with the same delivery and arm speed as a fastball. The pitch has a downward tilt to the pitchers arm side as well.

So if the pitcher can throw and command an effective change up, he should throw it whenever he wants to.

Homework: Check out the effectiveness of the change up thrown by Atlanta Braves’ pitcher Kris Medlen’s (RHP).

No. 2 – Can you track the timing of each pitch?
Timing is one of the most under coached facets of learning to hit with most emphasis being put on making contact. Ironically, you cannot make good contact if you aren’t ready to hit on time. When MLB hitters are swinging and missing, and fouling off pitches with regularity, something causes that. Knowing the root of this will lead to proper adjustments being made.

Study these upcoming playoff games to see when a hitter gets ready (loaded) to complete his swing. The pitch’s timing is based on the mound distance and the pitcher’s fastball velocity.

Homework: Watch how MLB hitters positively or negatively time their load based on the pitcher’s delivery.

A productive at bat occurs when a hitter:

As you watch these postseason games, see if you can spot when productive at bats turn into hits.