You are here: Home / About Diamond Directors / Do your discernment abilities pass the test? 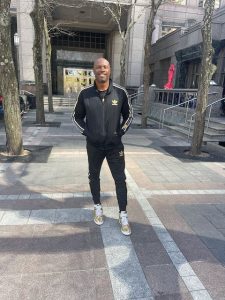 April is my birth month. I remember as a kid that it would rain a lot in April. Thus the phrase, “April Showers.” For this April, I hope it rains down things on you, including the following:

Discernment is the ability to judge well. Discernment happens to be one of my Spiritual Gifts, which has been granted to me to serve God for the common benefit of his people and the church.

I am imperfect and life is complex, so discernment allows me to know what I should and should not do. It allows me to be an effective coach.

I regularly think about the process of being drafted twice by the Chicago Cubs, and how God was with me every step of the way—guiding me through discernment.

Playing for the Cubs was my childhood dream. I watched them play a lot on television in the early 80s during the summer time when I would stay at my grandparent’s house in Atlanta while my parents were at work.

I maintained that conviction as a freshman at Westlake High School. Community coach and advocate, the late T.J. Wilson helped make it happen. He landed me an invitation to work out for the Cubs in my high freshman year.

Subsequently, I continued to work out with the Cubs my sophomore through senior year of high school, developing a strong relationship with them.

Along the way, I received good coaching for life on and off the field from my high school coach, Dave Whitfield, and my Travel Ball coach, Derek Stafford.

It was discernment that allowed these men to believe in me. They advocated for me despite a lot of the character flaws I had as a teenager.