You are here: Home / About Diamond Directors / Do you know what baseball habits you need to succeed? Here’s mine 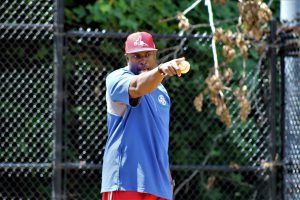 What baseball habits are a “must-have” in order to reach your full potential? It’s a question I believe you must be able to answer. To set you in the right direction, here are mine. I call them the Five A’s:

It is often said that 90 percent of baseball is mental. I believe it. Because I lacked most of these things as a player, I failed to reach my full potential. By the grace of God, today I’m unapologetically one of the top professional hitting coaches in America. I thank being able to fully embrace those five aforementioned attributes.

And there’s more. Below are the Five F’s that I’ve suffered from and still fight against. Do any of them apply to you as a coach, parent or player?

No. 1 – Feeble
Feeble people lack strength of character and are often empowered by other feeble people. Why? Because misery loves company. A single great character trait that feeble people should develop is humility, which I define as thinking of yourself less and others more. Your life calling might not be becoming the best baseball player in the world, so be okay with that and find other ways to make a difference.

No 2 – Fearful
F.E.A.R. can be used as an acronym: False. Evidence. Appearing. Real. Fear ushers in “fake-ness.”

No. 3 – Fake
We all know what being fake is. We often act fake to buy us time until we become successful. There’s an old saying, “Fake it until you make it.” At least be honest with yourself and admit you aren’t yet what you dream of being.

No. 4 – Forsaken
To be forsaken is to be abandoned or let go. This often happens to players because they and their parents refuse to be honest about who they are. This includes (character) and what they can do (competence). Not being honest about these things causes you to seek coaches who will tell you what you want to hear (con). The players who don’t quit playing baseball at age 13 will often be forsaken at age 18 when the scholarship and/or MLB Draft status they dreamed of doesn’t happen.

No. 5 – Foolish
A fool lacks good judgement. He cannot be trusted. Fools know what to do and choose not to do it.