You are here: Home / About Diamond Directors / 3 way to avoid that ‘epic fail’ this fall 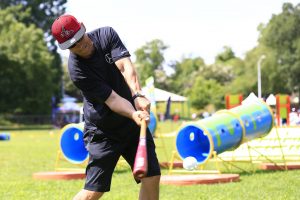 There are three signs that your fall baseball season wasn’t an epic fail:

No. 1 – If your coach tells the truth about playing time

I believe that it’s irresponsible for players to be silent about how much playing time they’d like to get in the fall. Being silent often leads to disappointment, strained relationships and a waste of time.

I understand that it’s not easy to start a conversation with a coach about playing time. I also understand it’s a lot easier to do this before the fall season starts, rather than during the middle or end of the season when you’ve reached a high level of frustration.

Here are three simple questions you can ask your coach before the start of the fall season:

No. 2 – If your coach didn’t verbally abuse you

I’ve been coaching for 19 years and, regretfully, I verbally abused hitters in my earlier days of coaching. Why? Because hurting people hurt people. I was struggling with the fact that I hadn’t reached my full potential as a baseball player, coupled with the reality that I didn’t have a substantive methodology for coaching.

Many times, we as coaches don’t know what to say, so we yell. We also struggle with how to say the right things, so we hid.

Games are a test. Games often create the most stress and they should only be a test. They are a test of the things worked on as a team at practice and individually at home. There doesn’t need to be any “in coaching” during a game.

Ask your coach how he feels about this before the start of fall games.

No. 3 – If you were allowed to use games to test what you’re working on at home and at practice

As coaches, we often feel the stress of winning and hide behind it by saying, “We want what’s best for the kids.” That sounds good.

Before the word coach was used in sports, it was only used as a means of transportation. Therefore, an effective coach took people from one place to another. Ask:

The bottom line is that there isn’t enough time in a fall baseball season to help hitters reach their full potential. In addition, you have to learn how to practice, then learn how to play before you can be expected to perform.

Games are a test of the things that you’re learning in practice and at home.

Before the start of your fall baseball season, if you can get your coach to tell you the truth about playing time, agree to not verbally abuse you and allow your games to be a test rather than stress, your fall would be a success.