You are here: Home / About Diamond Directors / 3 old school drills that will help raise your game 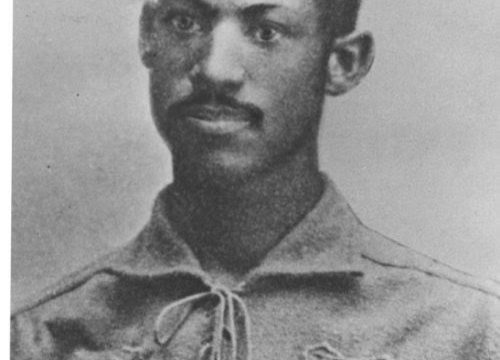 I obviously never met Mr. Walker, but I can only assume there were skills he possessed that allowed him to be successful during that time of segregation.

The top three skills I assume he had were the ones I know that hitters must have if they want to be successful today:

Practice
In the 1800s, I’m pretty sure they didn’t have indoor batting cages or hitting coaches that would teach them how to hit a baseball. #sarcasm

What they did have is lots of rocks that could be hit by throwing them up in the air and hitting them all day long. This most likely allowed them to get as good as they desired. That’s a drill that doesn’t require a partner – just a bat or stick, some rocks, and some good old-fashioned commitment and discipline.

Commitment is a promise you make to yourself, while discipline is doing things that need to be done, even when you don’t want to do them.

Every time that Mr. Walker threw a rock into the air to hit it, he was developing hitting habits. Here are the seven parts of the swing required to hit a rock when you throw it in the air and hit it:

If you don’t know how to practice by yourself, you will never become great at anything.

Play
As a child, I’m assuming Mr. Walker would play baseball games in a open field like a lot of kids had to. And those games didn’t have umpires, chalked lines and safety bases.

I bet they had one ball and one bat that everybody had to share. And they probably had to use anything they could find as bases. There were no coaches around to disturb the development process. Uninterrupted failure is the best teacher when you have players who are critical thinkers. One of my favorite baseball games as a kid was “Any Hop.”

Playing games prepare you for the next practice. Your failure in a game enables you to know exactly what you need to focus on when you’re practicing alone or with your coach.

For the sake of developing your skills faster, don’t underestimate the power of playing baseball games in your neighborhood uninterrupted by coaching.

Perform
Mr. Walker had to perform in order to play and stay in the Majors. You must have skills in order to stay and play.

A skill is something you do well repeatedly without thought while under stress. Remember when I stated earlier that it takes 21,000 reps to develop a habit? Well it takes another 21,000 reps to convert the habit to a skill.

It was stressful for Mr. Walker and Jackie Robinson to play in the Majors as Black men when millions of people were cheering against them because of their race.

Does your performance rise or fall in your baseball games while stress is present?

You develop skills by doing tough stuff. That means you must practice under stress in order to develop a skill. And remember – skills pay the bills. Hitting a ball off a tee gets stressful when you’re trying to hit a quarter size target that’s 30 feet away. Try it!

Stress yourself in your next game by being on time to track the pitch every time, regardless of the outcome. Here’s how I teach Timing, You can also use the Dartfish Express app to analyze your timing skills.

You can learn more about Moses Fleetwood Walker here.